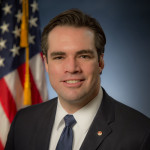 Carl practices in the areas of art law, veterans benefits law, government contracts, estate planning, and small business development. He is licensed in the Commonwealth of Virginia, New York, Missouri, and Washington DC.

Prior to founding Bedell PLLC, Carl worked for federal consulting firms in the DC area. In this capacity, he assisted various federal agencies to identify and address issues pertaining to financial management. He served as a primary editor and writer for award-winning annual performance reports.  Carl is a Certified Government Financial Manager and in early 2014, he founded Ilion Management Strategies.

Carl is a U.S. Army veteran.  He was commissioned through the ROTC program at Washington University in St. Louis.  He served as a Military Intelligence and Adjutant General Officer during the Operation Iraqi Freedom and Operation Enduring Freedom era.  His duty assignments included positions with NATO and an Army Counter Intelligence unit. Carl’s military decorations include the Joint Service Commendation Medal, the Army Commendation Medal, the Army Achievement Medal (with Oak Leaf cluster), the National Defense Service Medal, and the Global War on Terrorism Service Medal.

Carl serves on the Commonwealth of Virginia’s Board of Veterans Services where he advises the Governor and his staff on issues affecting Virginia Veterans. He also serves as the National Chairman of Operation Ancestor Search (OAS), a free genealogy training program that he began in 2010 to work with injured and ill service members at military and veteran hospitals. Under his leadership, OAS has worked with over 1500 wounded, ill or injured armed service members and  their families with over 20 chapters operating coast to coast.

Carl also serves on the Arlington County Commission for the Arts and Chairs the Arlington Public Art Committee. He is the founder of the Spring River Arts Foundation, a non-profit organized to support artists through a residency program at his property in Arkansas. Formerly, Carl has led many of the young professional groups in DC area museums, to include the Phillips Collection and the Corcoran Museum of Art. Carl also assisted CulturalDC and the Smithsonian Associates in developing programs that will attract, retain and develop young members.